You are here: Home / Magic for Promotional Events

At your Social Media or Promotional Events, give them something to SNAP about! 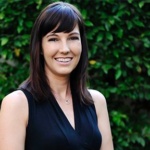 "Thanks so much for another wonderful event! You were definitely the hit of last night's show - our Facebook and Instagram feeds are flooded with pics of you and your tricks! I'm so glad I came across your information and have had the opportunity to keep working with you." 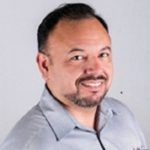 "I recommend Mr. Richard Ribuffo for your next family or corporate event. He is an amazing individual and spectacular Magician. Mr. Ribuffo put on a magic show for me and my wife during a cinema marketing event featuring the movie "Now You See Me 2". He is remarkable and talented as a Magician--and a very nice gentleman. I strongly recommend him." 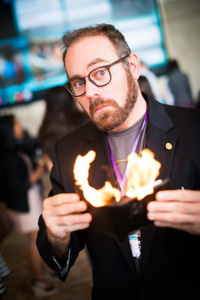 Promotional events are how a lot of companies get the word out about their products.  Some campaigns are on-going while others are to boost products before they launch.  Hiring entertainment is common for promotional events.  As a magician, I am trained to engage prospective clients. I will get them excited about your product launch.

Let ME promote YOU!

With a little advanced notice, I can use my magic to promote your message!  Instead of passing out business cards, I will design professionally printed postcards with whatever message you want.  Of course, my contact info is on the bottom (unless specified otherwise by the client).  Guests expect to be given some sort of business card at the end of a routine.  So, why not make it personal?  Here are a couple of examples: 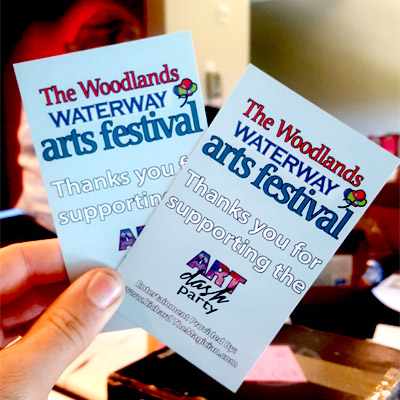 In April of 2017 The Woodlands Arts Council in The Woodlands, Texas, flew me out for their Art Dash.  This was a high end gala with 600 guests, all extremely wealthy donors.  The arts council kicks off the festival each year with the Art Dash.  During the gala, guests are given one-minute to “dash” for art.  Works of art are donated by the artists attending the festival.  Some of the works were valued between $10,000 to $20,000!  All to help support art, which is something I’m very passionate about!

Some guests had to wait up to three hours for their name to be called.  That means there was a lot of sitting around.  The Woodlands Arts Council wanted their guests entertained while they waited.  In addition to entertainment, the council needed a way to gather email address for their mailing list.  Plus, they were selling tickets for a second chance to “dash.”.  No problem!  I had plenty of time to find creative ways of accomplishing their goals.  Firstly, for the email address, I donated a VIP guest pass to the Hollywood Magic Castle.  Second, I was write the tickets for a second “dash” into my scripts.  That way, I can mention it organically without sounding like a salesperson.  And, to top it off, I gave away the postcards.

The postcards got a huge response.  After the event, their guests commented on the postcards, saying they were “very thoughtful.”  Their guests assumed it was the council’s idea, which was exactly what I wanted!

I was contracted by Allied Integrated Marketing on behalf of Lionsgate Films to aid in the promotion of their 2016 film Now You See Me 2.  The job was simple.  I got to perform magic at movie theaters in San Diego!  While performing, the Allied team gave screening passes and t-shirts to moviegoers who took pictures, uploaded them to social media, and hashtagged the movie.

I believe in exceeding my client’s expectations.  That is why I got permission to create my own Now You See Me 2 playing cards to hand out.  To further promote the film, I performed live a trick from the first movie, as see in this video:

The last day of the promotion was the actual screening.  With no t-shirts or passes to give away, we were in need of an incentive to give moviegoers for hashtagging.  Being a member of the Hollywood Magic Castle, I offered guest passes.  It went off without a hitch!  I had them hashtagging like crazy!

It is not enough to hire any magician.  You need someone who will put your brand first.  I am there to promote you.  I will always go above and beyond.

You need an entertainer with a strong work ethic that you can trust. Richard makes your event his top priority. He wants you to enjoy it as much as your guests. Read More…